This page is dedicated to articles pertaining to our Individual Rights to keep and bear arms. 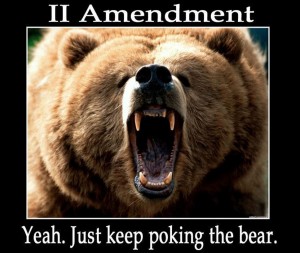 WATCH the 7 minute VIDEO by: NY Assemblyman David DiPietro About Economic Development and GET WORRIED TO DEATH.
Click here: https://vimeo.com/260731098
TOTALLY SHOCKING Hearing This From A Sitting Assemblyman

March 13, 2018 the verdict is in! Cuomo’s top aid and inner circle enforcer now stands convicted of fraud, conspiracy and bribery. This is a small victory for taxpayers but one that sends a message of hope. There is another round of Cuomo corruption trials set to begin. Hopefully we will see more convictions AND the trials may result in finally getting to the leader of the Crime Syndicate – Cuomo.

Economic Development a Front for Crime Syndicate.
Does “Crime Syndicate” sound drastic? IMO; It’s not. What’s going on in New York government is no different than the business of any other crime organization. Cuomo is the head – no different than Al Capone was.
100s of Billions of dollars have been stolen from New York taxpayers under the disguise of Economic Development. Scams like Buffalo Billions are nothing more than schemes to steal money from unsuspecting taxpayers and make the Cuomo government run syndicate rich. Corruption convictions prove it.

It’s been an ingenious scheme. Collect excessive taxes. / Promise the people jobs and new buildings. / disperse money to the “favored” players / hide the dealings in reams of paperwork. / blame the other guy on why the scheme failed. Move on the next “Economic Development Project”. Keep ads running – START-UP NY! The ads keep saying: How wonderful business is in NY. Is that the way YOU see it?

It’s ALL fraud – only an idiot believes it’s not. 100s of Economic Development projects across the entire state and none – not one; has been a success. Every one of them has a ring of corruption in them. Every one of them has benefited the people implementing the projects but NO benefits above, or even near, the cost to the taxpayers. Anyone who says the economic development isn’t crime is a criminal or an incompetent fool.

Will elected officials end the EDC crime scheme? – NO! Will the justice system? – NO! Will the media? – NO!
The only way this massive betrayal of the people will end is by actions from the citizens.

One Voice Is Not Heard – Many Voices And They WILL Listen!
YOU can make a difference –Get Connected with NYS Grassroots trying to improve NYS.
Friends, Neighbors, Countrymen – Join US! We are Grassroots – nothing fancy – not even a Website or face-book. Our sole way to communicate is through personal email and phone. We motivate and inform through FREE Email only. We share inspiration, ideas, suggestions and worthy events – but NEVER YOUR email address. We urge ALL plain folks to spread the word and join us. Get Connected to OUR Email List albel1@aol.com …“sign me up”

Now is the time to support a Lawsuit against the New York State Safe Act. Click on the following web address for instructions.

Convention of States Live! with Michael Farris was a huge success. If you didn't get a chance to join us, no problem. We recorded Michael's excellent presentation, which you can watch below. Feel free to pass this along to your contacts. We will be organizing something similar for us in NY in the near future. Stay tuned for more info coming soon.

Gun Shows (July 2012)  If you are offended by the following article, you are probably not a gun owner, possibly anti-gun and may want to visit another site. Wake up and smell the gun powder.    http://clashdaily.com/2012/07/why-liberals-want-to-stop-gun-shows/

(From Wikipedia, the free encyclopedia)

Experience in America prior to the U.S. Constitution

For more info., go to : http://en.wikipedia.org/wiki/Second_Amendment_to_the_United_States_Constitution